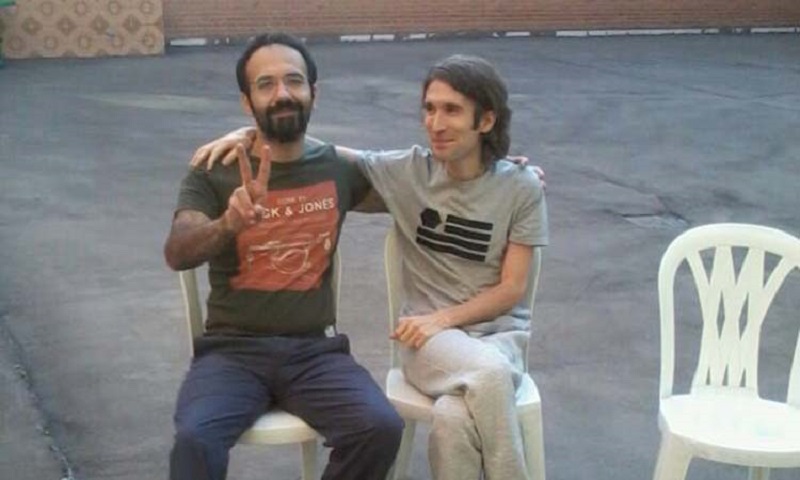 On November 7, 2019, Iranian political prisoner Soheil Arabi, went on a dry hunger strike in support of critically–ill inmate Arash Sadeghi. Mr. Sadeghi suffers from a rare form of bone cancer, yet the Iranian regime’s officials have denied him from receiving proper medical care.

Soheil Arabi announced his hunger strike in an open letter published on November 7, stating: “A human being can stay alive without food and water, and I will not drink or eat until the day Arash is transferred for medical treatment.”

“Arash has spent close to a decade of his life behind prison walls for defending the rights of the oppressed. Now he needs urgent medical treatment. He has to be transferred to the hospital, but authorities have prevented even this,” Arabi wrote in his letter.

In late September the authorities told Sadeghi that they will take him to hospital in prison uniform and cuffs on his hands and feet, but Sadeghi refused. While referring to this issue and comparing it with the facilities the regime’s affiliated prisoners receive, Arabi wrote: “This is while the very few criminals and plunderers who are in prison for embezzlement (from among the dozens of embezzlers who have fled the country or have never been punished) get long furloughs for a simple cold.” He added, they are not taken to hospitals with shackles and wearing a prison uniform.

“But writers, philosophers, journalists or workers, who are in prison for criticizing or protesting, and all political prisoners and civil rights activists are taken to the hospital with prison uniforms, and bound hands and feet. They are shackled to their hospital beds,” he added.

Sadeghi has lost the ability to move his right hand due to an infection on his shoulder that has been left untreated in Rajai Shahr (Gohardasht) Prison in Karaj.

Since June, the authorities have on three occasions prevented Sadeghi’s transfer to the hospital without any explanation, according to a source close to his family.

Sadeghi underwent an operation to remove a tumor from his right shoulder on September 11, 2018.

In August 2019, Amnesty International issued an urgent action on the health conditions of Sadeghi.

“Critically ill prisoner of conscience and human right defender Arash Sadeghi is being tortured through the intentional and purposeful denial of his access to cancer treatment, causing him severe pain and suffering. Serious post-operation infection has developed in his right arm due to lack of care in prison, leaving it swollen, paralyzed and without sensation. He has also been denied critical bone marrow tests to monitor if his cancer has spread. His life is being put at risk,” read the statement.

Soheil Arabi, a photographer, blogger, and civil activist, was arrested in December 2013 by the regime’s Islamic Revolutionary Guard Corps (IRGC) and sentenced to death for insulting the Prophet and other sanctities.